Approximately 130 high school students came to Anne Arundel County District Court on Thursday, February 16, to learn about the legal and financial consequences of being charged with offenses such as drunk driving as part of the Judiciary’s ongoing Schools in the Court program.

Students from Old Mill and Southern high schools watched court proceedings and heard directly from people who have experienced life-changing effects of poor choices. Students also met members of the Maryland State Police K-9 squad and watched them in action.

“Students saw defendants who are not much older than they are,” said Anne Arundel County District Judge Shaem C.P. Spencer, who leads the program. “We wanted them to get an understanding of how the court system works, but we especially wanted them to understand how making wrong choices about things such as speeding, driving under the influence of drugs or alcohol, drug use, and other crimes can deeply and adversely affect their lives.” 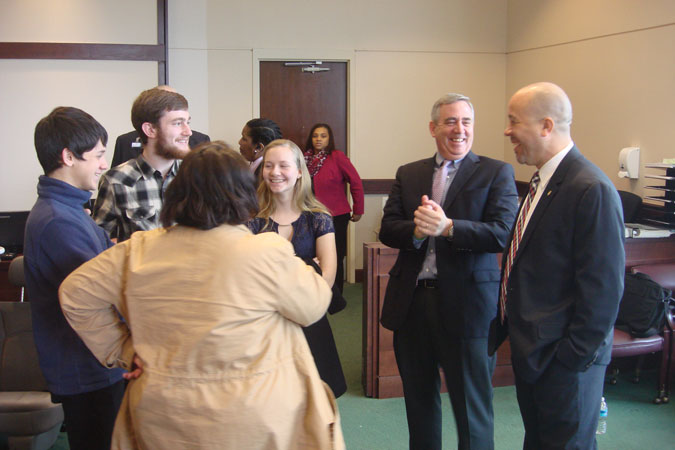 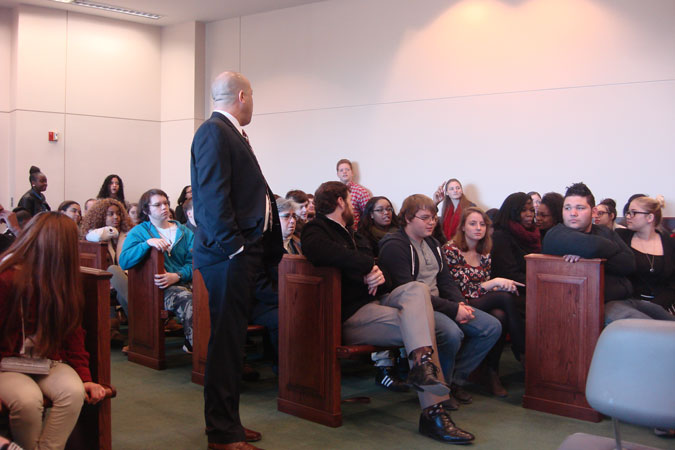 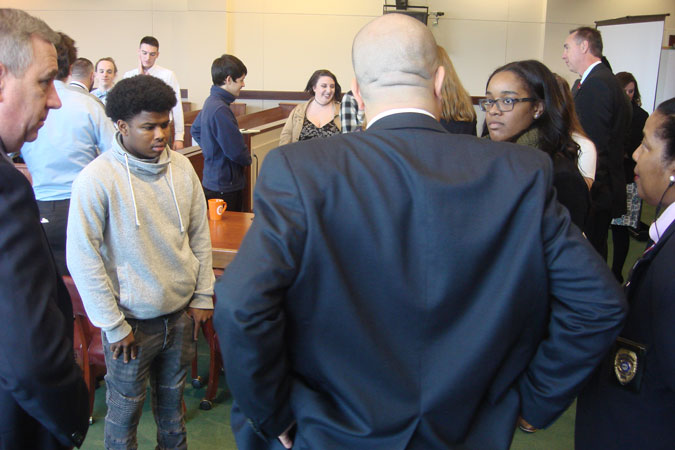 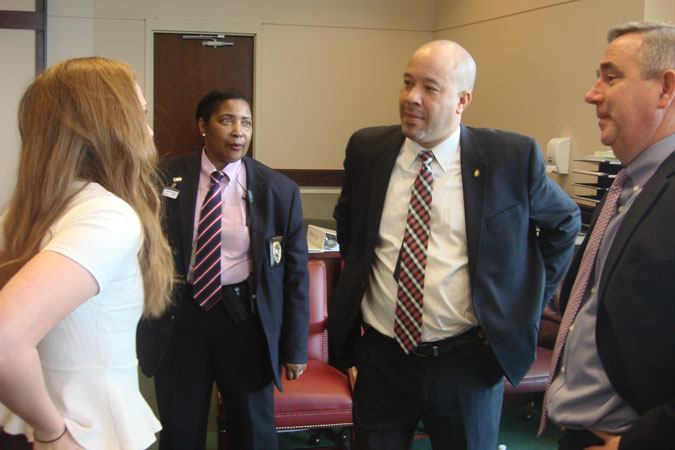 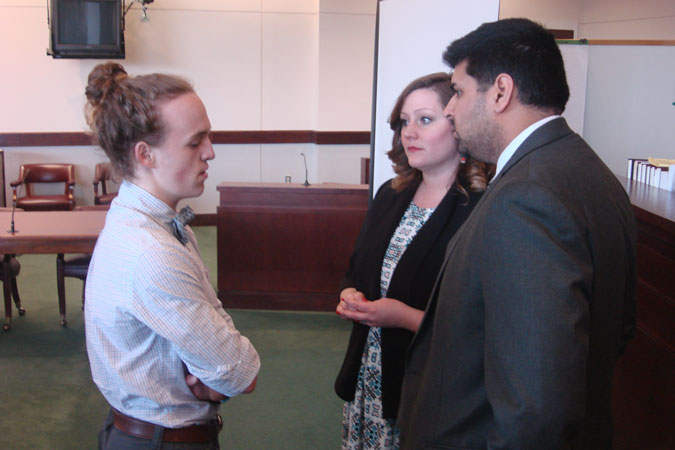 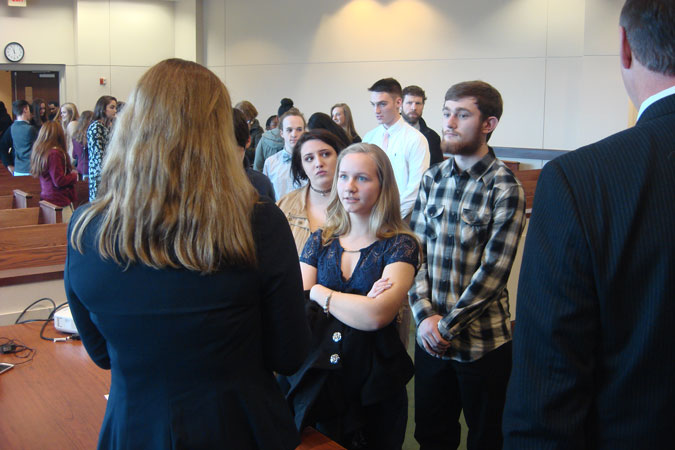