“Our mission with the Re-Entry Project is to provide participants an opportunity to move beyond past mistakes to change their lives,” said Judge Pastore-Klein. “Connecting the participants to employment opportunities helps them break the cycle of legal issues and become productive members of their communities.”

The DCREP is a court-focused program that works to reduce criminal recidivism in Baltimore while offering the enrollees a viable path to successful lives. Through the program, a judge refers a defendant to one of 13 participating organizations that focus on preparing ex-offenders for the workforce, and if the defendant successfully completes the organization’s requirements, the defendant receives an agreed-upon incentive. For example, a judge may convert a supervised probation to an unsupervised probation, waive probation fees, or even end the defendant’s probation early. In addition, defendants who may have been sentenced to a minimal amount of jail time may have the chance to participate in the DCREP in lieu of jail time. The DCREP has expanded to include pre-trial services, which allow defendants awaiting trial the opportunity to acquire new skills and gain employment.

“I am proud of the innovative program Judge Pastore-Klein developed to address the needs of individuals that come before the court,” said John P. Morrissey, Chief Judge of the District Court of Maryland, who served as the ceremony’s plenary speaker. “The District Court Re-Entry Program reflects the District Court’s recognition of the benefit of matching jobs and services to those who may just need a little help.”

Judge Pastore-Klein began the DCREP after observing that many ex-offenders had difficulty connecting to employment opportunities after incarceration or as a result of having a criminal record. She coordinated an effort to engage existing programs in Baltimore and launched the DCREP program in September 2016 for the Baltimore City District Court bench. Earlier this month, Judge Pastore-Klein was awarded a Byrne Justice Assistance Grant through the Governor's Office of Crime Control and Prevention for more than $70,000, which will go toward adding a staff member to assist with the program’s administrative duties.

During the December 5 ceremony, graduates were presented with framed certificates and had their photographs taken with the judge who had referred them to the DCREP. Additionally, the keynote speaker, former Baltimore Ravens Linebacker Jameel McClain, who serves as the Ravens’ Assistant Director of Player Engagement, encouraged the graduates to develop self-confidence and to take advantage of the opportunities they have earned by completing the program.

PHOTOS FROM THE EVENT: 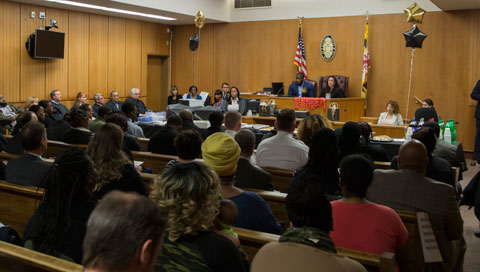 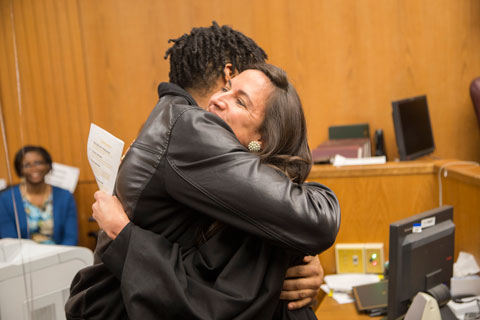 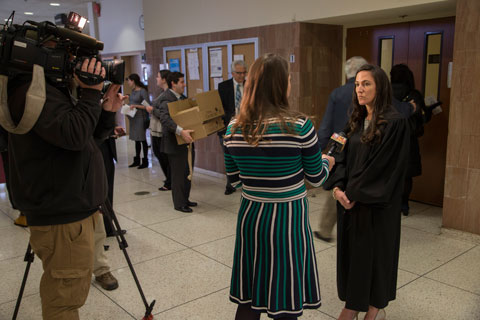 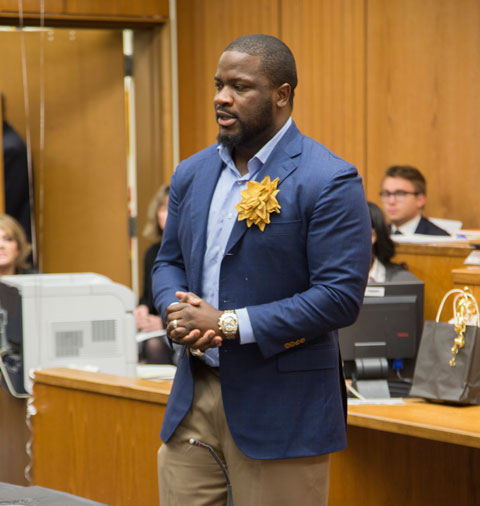