Daisy troop meets with judge, gets inside look at courthouse 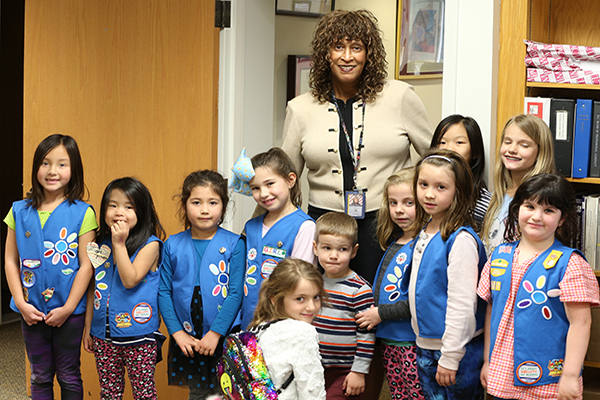 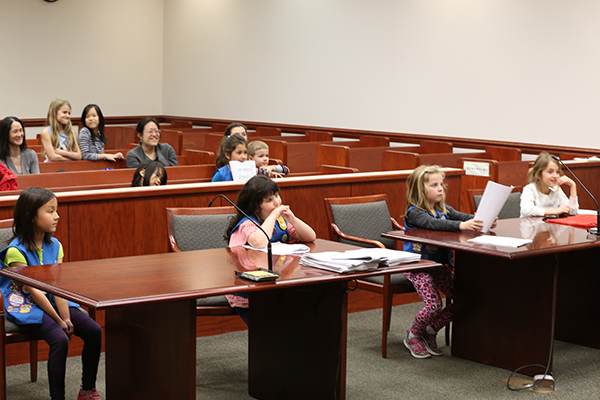 Judge Brown met with approximately 10 first-graders from the Ellicott City-based Daisy Troop 987 and their families during their April 4 visit to Howard County District Court. She used coloring books to explain the legal system, answered questions from the girls, and discussed her role as a judge.

“Judge Brown’s career was very inspiring for the girls and drove home the point that they can do anything they set their minds to,” said Carrie Davila, a parent. “She spoke to the girls in a way that helped them understand the court system and what she does each day.”

“These visits are an opportunity for students, whether they’re first-graders or high school seniors, to get a first-hand look at Maryland’s system of justice,” Judge Brown said.

The Daisies also gained hands-on experience with the courts when Judge Brown conducted a mock trial based on the fairy tale Goldilocks and the Three Bears. During the mock trial, the Daisies played each role in a court proceeding, including judge, defense, prosecution, and witness.

“My hope was to spark the young ladies’ interest in the legal field,” Judge Brown said. “I take great solace that some of them said they were interested in being a judge by the end of the visit.”

“Using the fairy tale was a clever way to help the girls understand what happens in a courtroom,” Davila said. “During the mock trial, you could see them wrestling with doing the right thing and being fair, since one of their friends was on trial.”

“It was heartwarming to see how excited the young ladies were as they participated in the mock trial of Goldilocks and the Three Bears,” Judge Brown said. “They were engaged and displayed a fundamental understanding of right and wrong.” 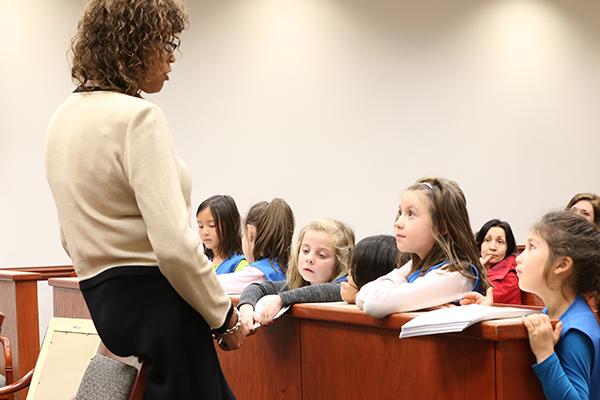 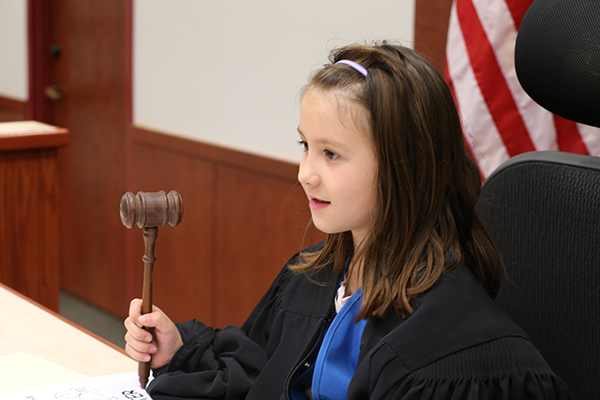 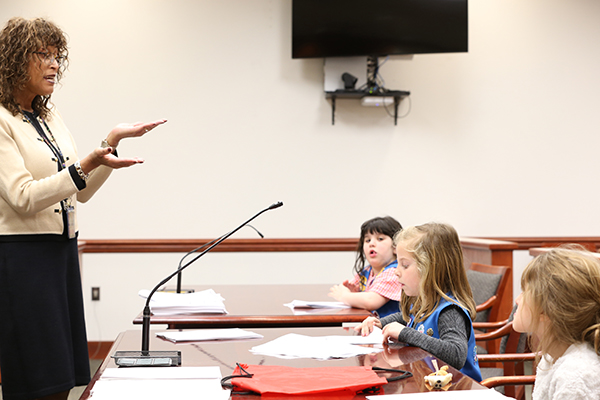 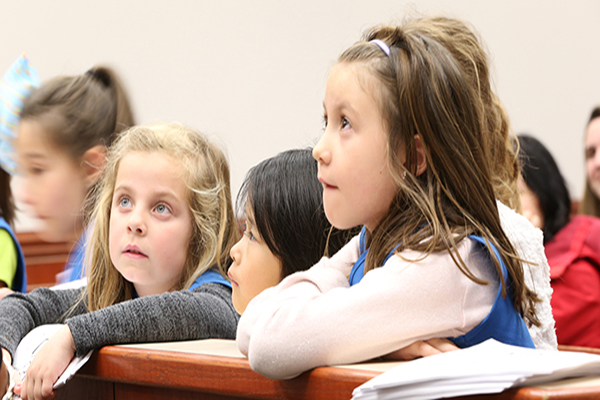 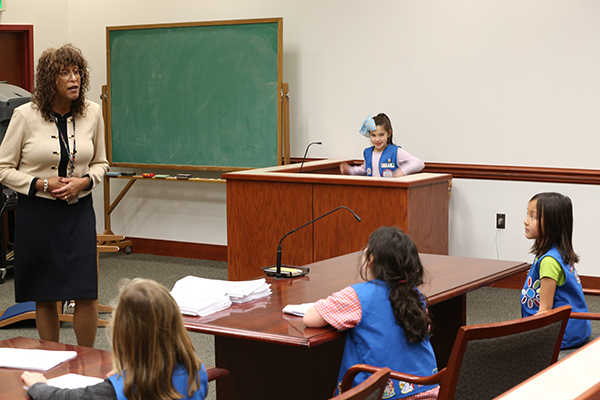 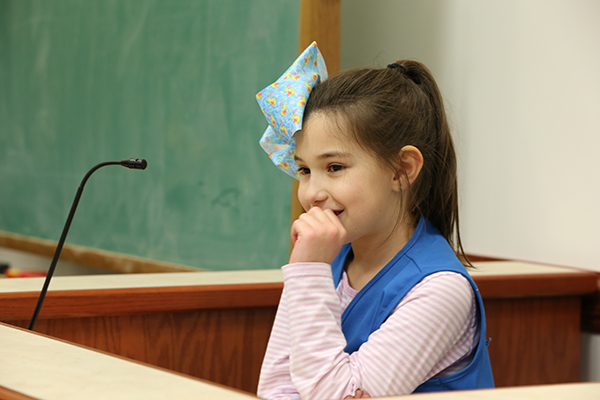 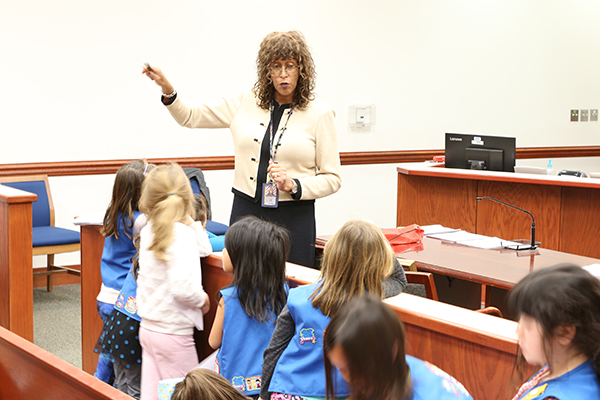