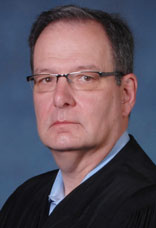 Judge Price succeeds Judge Edward A. Malloy, Jr, who was appointed to the Allegany County District Court on December 17, 2002, and has served as Administrative Judge for District 12 since December 16, 2004.

“With 10 years on the Allegany County District Court bench and having practiced law since 1980, Judge Price has the leadership and experience to serve the people of District 12 as Administrative Judge,” Chief Judge Morrissey said.  “The District Court is grateful for Judge Malloy’s 12 years as Administrative Judge, and his stewardship of District 12 will ensure a smooth transition as we continue his fine example of service to Allegany and Garrett counties.”

“District 12 will be undertaking major initiatives in the next several years, including implementation of MDEC and enhancement of services for self-represented litigants.  District 12’s successes will contribute to the overall success of the Judiciary’s vision and mission in serving the people of Maryland,” said Chief Judge Barbera.  “I look forward to working with Judge Price as he takes on this new responsibility.”

“I appreciate the confidence Chief Judge Morrissey and Chief Judge Barbera have shown in my appointment,” said Judge Price. “I look forward to continuing our work to expand access to justice and court-related services for the people who come to our courts.”

Judge Price has served on the Allegany County District Court since March 31, 2006.  After earning his Juris Doctor from the University of Maryland School of Law in 1980, he was admitted to the Maryland Bar the same year.  Prior to being appointed to the bench, Judge Price was an attorney for the Maryland Casualty Company from 1980 to 1982, a member of the firm of Wilson & Wilkinson from 1982 to 1988, and a sole practitioner from 1988 to 2006, serving as city solicitor to the Mayor and City Council of Cumberland from 1990 to 2006.