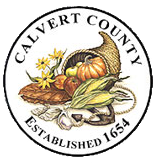 (410) 535-1600
NOTE:  Do NOT attempt to contact the Judges regarding a case before this court.  Judges are prohibited from receiving ex-parte communication.