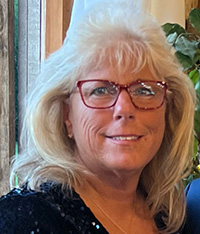 Charlene M. Notarcola has served as Clerk of Circuit Court for Cecil County since her appointment into the office on August 13, 2015.  Prior to the appointment, Ms. Notarcola served as Chief Deputy Clerk from March, 2011 - August, 2015.

Ms. Notarcola began working for the Circuit Court for Cecil County in 1985 where she has had an extensive and varied career. Ms. Notarcola began as a Clerk Typist and remained for approximately nine months, after that she was Jury Commissioner from 1986 - 1997. In 1997 she went to work with the Hon. O. Robert Lidums as a Judicial Assistant until March, 2011 when she became the Chief Deputy Clerk.

As your Clerk of Circuit Court, Ms. Notarcola’s goals are to provide the courthouse patrons with a well-trained, knowledgeable staff who offer prompt courteous service. Furthermore, her office works closely with the Circuit Court Judiciary to ensure that Cecil County consistently meets yearly case time standards and continued improvement of accessibility of the legal system to all.