Skip to main content
You will be contacted if you are required to come to court for a hearing or if it will be remote. Reopening Order. 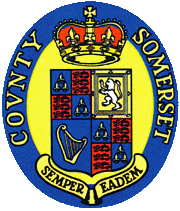 The records maintained by the Office of the Clerk of Court are available to the public for review. However, access to some records may be restricted. For more information, see http://mdcourts.gov/legal/courtrecords.html.Court records can be searched on the Maryland Judiciary Web site.

The following is a partial list of the types of cases filed and processed by the Office of the Clerk of the Circuit Court:

The following is a partial list of documents recorded with the Clerk for permanent retention at the Maryland State Archives:

PLATS.NET(Maryland Archives Plat Imaging Application - access can be granted with the username: plato and the password: plato#)

Please be advised that the Office of the Clerk of the Circuit Court is prohibited by law from rendering legal advice and from performing title searches.